A few photos from the CSO's and my trip downtown yesterday 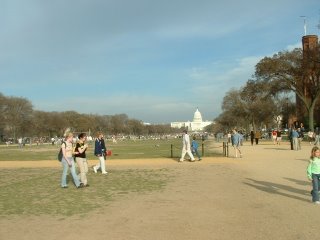 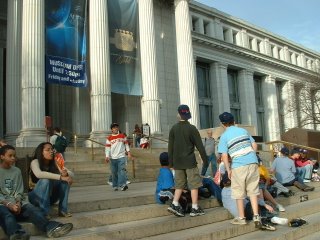 The CSO's theory is that a lot of the people who feel they lack "Third places" live in suburbs and would find them if they moved to the city. I'm not terribly certain of that. But I will say that these photos don't capture it especially well, but there were a whole hell of a lot of people hanging out, but not really buying anything, downtown yesterday. One had to be seriously vigilant to keep from being hit in the ass with a frisbee. 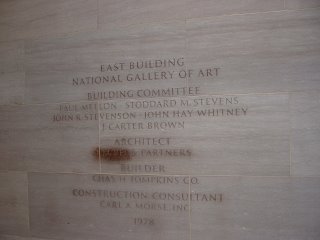 Could someone explain this to me? The best I can figure is that over the last few years, hundreds of thousands of rubes have said "Dang, I've heard of I.M. Pei. I should get a rubbing of her name." Is that it? 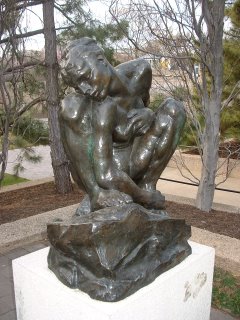 After awhile at the Dada exhibit, I realized that art breaks down pretty neatly into the following business-consultant-style rubric: 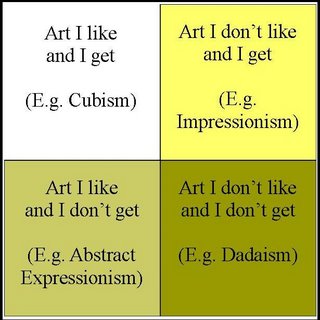 Oh, and also, we got a new cat last Saturday.

This is Esperanto, who joins our already existing family of black cats, Boris and Cool Disco Dan. She is a thoughtful sort, and very affectionate. 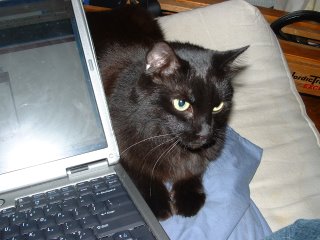 P.S. I can't believe you referenced "Ghosts I Have Been" by Richard Peck!! I LOVED it in my teen years! Did you read the sequel, or was it a prequel?

I bet that new cat is being mean to TheCSO's cat :-D

He's cute enough to get away with it tho...

Sometimes you just have to find the right expression of a particular style. I wasn't much on surrealism until I visited the museum Dali designed himself in Figueres. So much awesomeness.