Juan Williams II: No, really, appearance of impartiality matters to your editor.

The upcoming "Rally to Restore Sanity" in DC this weekend is kind of a big deal to a lot of my Washingtonian friends. I don't fundamentally believe in political protests. It will be the first political march I've attended since college for a purpose other than keeping somebody else out of trouble. We've got a dude driving up from North Carolina just to attend.

Anyway, even reporters want to go. But when you're a reporter, that's just not that simple

NPR has asked its employees not to attend unless they are covering it.

The Washington Post says its staffers can attend, but not actively participate.

And yes, the local alternative paper has a policy mocking the bigger news outlets'policies, because that's how they roll.

But seriously, this "don't do overly political stuff that will cheese your sources off if you want to get good information out of them" is not a new thing just invented to persecute Juan Williams.

Lots of smart people I like having been writing about Juan Williams. If you don't know, he was an NPR reporter who was fired for admitting on national television that he is uncomfortable when he sees someone on an airplane in Muslim garb.*

Should he have been fired for expressing controversial views?

Personally, I'm asking the question this way: How are Williams' future interviews with Muslim sources likely to go? Even if they make nice with him and try to be understanding, hasn't Williams pretty much completely hosed his chances of having a Muslim source or someone else who thinks he's a racist trust him and open up to him in the future?

That is the crux of why reporters aren't supposed to do what Williams did.

Example from my own brief journalism career: One time, a county official was ranting (in a private conversation with me) about how the departing Clinton staffers had stolen hundreds of thousands of dollars in White House property during the Clinton/Bush transition. I said simply that I'd read that the GAO did an investigation and concluded that the damage and missing items were minimal, costing less than the GAO investigation itself.

This guy didn't argue with me then, but never took another one of my calls or gave me any more information and it seriously screwed with my ability to write stories having anything to do with his area of authority in his part of the county. (In a small town, one guy can easily be the hub of information on a given subject.) Eventually, my editor took that beat away from me and gave it to the new reporter. He would talk to the new reporter.

I still think what that guy did was completely insane. I was very young then and remain fairly blunt now, but I don't think I was in any way rude about what I'd said. I really don't think I even gave my own opinion, I simply pointed out in a private conversation that the GAO report disagreed with his assertions. And it cost me my beat and made me look very bad in front of my editor.

So yeah, that kinda stuff happens to reporters, and I can certainly see how what Juan Williams did would seriously hamper his ability to do his job. His comments on national TV hampered also showed that he is a dude with seriously poor judgment willing to do things that hamper his ability to do his job. Y'all know what the state of journalism is these days. Is it really so surprising that his actions go him canned?

Of course, now he works for Fox, where getting the other side of the story from a Muslim source likely won't be that big a part of his job.

*Of course, the 9-11 hijackers didn't wear Muslim garb, they dressed to fit in with other people on the plane. This was the first thing that made me wonder about Williams as a reporter.
Posted by Chalicechick at 10/22/2010 08:19:00 AM 12 comments:

Co-worker: What's a word that means you can only deal with one thing at a time?

I've been decluttering the house recently and having trouble with the whole "defining clutter" aspect.

Desmond Ravenstone has about the most useful post I've seen on the It Gets Better line of thinking. I've had complicated feelings about that campaign in that I certainly agree that things get better. If life after high school doesn't get better for any given person something's very wrong. But it does seems like a pretty passive strategy, and Ravenstone encourages all of us to seek out some more active participation.

A young adult rights about the experience of being one of the few young adults in a church. I don't agree with everything he says. But I think he makes a lot of valid points.

CC
who as a very young twentysomething in grad school, liked the "a few hundred aunts and uncles" feel of an older congregation, but this dynamic is surely not for everybody and it got, well, old.
Posted by Chalicechick at 10/16/2010 11:20:00 AM 7 comments:

Read all about it.

I don't know if I'm more annoyed that someone who made her money raising unrealistic expectations about romance is now profiting off the inevitable result of unrealistic romantics getting married or that divorce is STILL this woman's schtick. 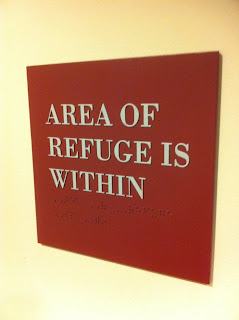 "You know what’s not fun, ever? PROTESTS. There’s a reason people used to laugh at liberals, in the 1980s and 1990s: Because liberals did the protests, and protests are Earnest & Boring, unless they are Dramatic & Violent, or happened back when Protest People had dignity & self respect (Civil Rights & MLK Jr., Velvet Revolution, etc.) or at least had lots of super-fine hippie chicks and Black Panthers with enormous super-cool ‘fros. Now everybody’s ugly and dull. Sure, the Teabagger folks are also obese, racist and terribly old, so they have funnier protests. But when you go somewhere with a slogan on a sign, nobody wins." Source.