Admit it. You're morbidly curious 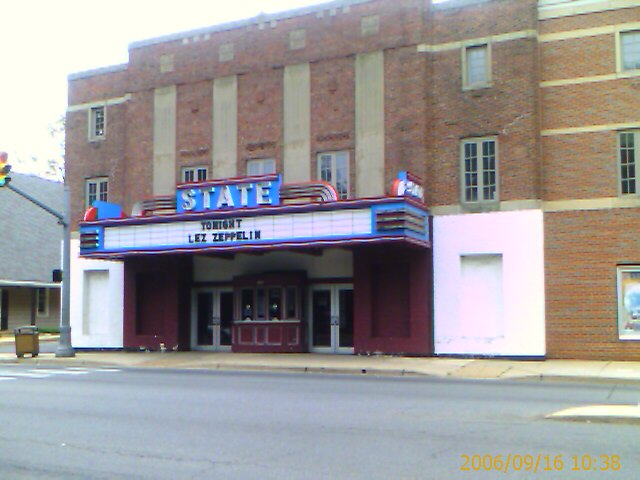 I'll admit to being curious, because I can't read what's on the marquee.

Whew! Thanks for explaining. I've looked at this a couple of times and not been able to make out the marquee. Of course, now I am just MORE curious. :)

According to Wikipedia, "Lez Zeppelin are a New York City-based all-female tribute band, performing the work of Led Zeppelin. The members were featured on the cover of the June, 2005 issue of Spin magazine."