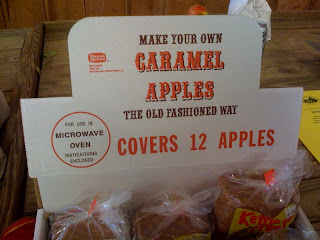 It beats Mee Maw's Cheese Straws, for sure.

When most people make home-made caramel apples, don't they use cell phones?

I think he might have out snarked you on this CC. :-)

As I am a product of the late
1970's myself, if you and Joe want to say that anything from before the mid 1970's is old fashioned, I guess that's up to you.

Personally, I wouldn't go there.

I saw my first residential microwave in 1962, but the guy worked for Amana. Commonplace? Later than mid-seventies I think.

Just LOL. Thanks for the giggle.