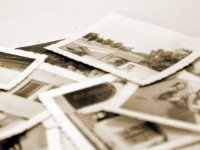 OK so my blog design is still a work in progress. Google analytics tells me that a huge proportion of y'all use internet explorer, so I am keeping an eye on how it looks there, too. Right now, Firefox makes the copper header disappear, which I could live with if only one could really see the name of the blog when that happened. IE throws my sidebars down to the bottom of the page.

I actually have my own header designed and ready to go and this design is very close to what I want. In a perfect world, I could replace the copper header with mine and somehow make the sidebars stop jumping down, but that would mean I would be a lot better with CSS than I am. Ah well.

I am not teaching YRUU this Sunday so I'm taking the day off until TheCSO wakes up and makes me work on the basement. So I am lazing around on the LoveSac TheCSO got for my birthday to replace the FuglyCouch.

The New York Times Magazine has a scary photo of Howard Dean on the cover, labeled "It's His Party?" Now I know what Republicans feel like when they see John McCain referred to that way. Shudder.

So have any Chalicesseurs used "Second Life?" I tried it once and found it hard to move in and the people sort of annoying. I think I was on for an hour a day for a couple of days and gave it up. I'm not at all averse to a different form of online presence, but was unimpressed. That said, the NYT magazine has an article about how corporate products are showing again and Former VA Governor Mark Warner gave a much ballyhooed speech there. Maybe I should give it another shot.

I really enjoy the Sims and have meant to give their online world a shot, but I hear it's not very good.

Ah well. I guess I'll have to stick to space invaders for now.

I like it but would love to see the header. It's not quite the same as the red, but change is good.

Smile. I liked the death template, too, but I'm going for a different feel these days.

This version is classy, and legible without my reading glasses; what more can we ask?

The Howard Dean article actually made me feel a lot better about Dean. I'm doubtful about his personal style -- laugh out loud line from the article:
'It's not that Dean doesn't try his damnedest to make himself palatable to culturally conservative voters. Acting on the advice of Cornell Belcher, his young pollster, he has taken to framing his positions in terms of faith and values, sometimes so transparently that it can make you wince. In Las Vegas, I heard Dean, who is not known to be a religious man, say to a Latino audience, "I don’t expect the church to come out for gay marriage, but I do expect that we could say on an issue like this, 'What would Jesus do?' Equal rights under the law is not something that can be abridged by the Democratic Party, because it's really the law under Jesus Christ." The audience stared at him a little blankly, as you might stare at your mechanic if he rolled out from underneath your car and suddenly started speaking Latin.'

But I am a wholehearted supporter of the fifty state strategy. I want it to matter when I vote in Texas or Virginia, or in New York, again.